Turtles live both on the continents and in coastal waters surrounding them, as well as in the open ocean.The land they live exclusively on land.

Mostly turtles belong to the heat-loving animals, so they are common only in zones of Equatorial, tropical and temperate climate. You can find them on all continents, except Antarctica. Animals in most countries:

At home, these animals are raised everywhere: the turtle lives on any continent in captivity the condition of normal temperature, humidity and nutrition. However, the duration of life at home is always less than in the natural environment.

The habitat of tortoises

A family of tortoises has 57 views. Almost all of them are in open spaces with soft or hot climate is:

Mostly animals live in steppes, deserts, prairies or savannas. Some species prefer damp, shaded places, they settle in tropical forests. Turtles love temperate and tropical climate. In the first case, they clearly observe the seasonality in the winter for hibernation. In the second case, the reptiles remain active throughout the period and never preparing for the winter.

Among other common representatives of tortoises can be called such types:

Common land tortoise, which is often bred in Russia at home is a Central Asian species. In nature, these tortoises live in such regions:

Mostly it is found in the steppes, but the Central Asian tortoise can be found even in the foothills at a height of just over 1 km away. Despite the high prevalence of this reptile, in recent times she is often subjected to poaching attacks, therefore, listed in the Red book. 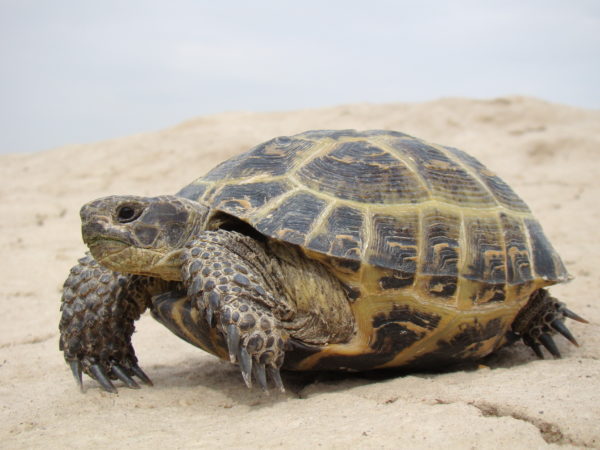 The habitat of the freshwater turtles

These turtles are in the nature of live only in fresh water with relatively clean water in rivers, lakes or ponds. In the family of freshwater, there are 77 different types of turtles the size from small to medium. They are true amphibians, since the ability long time to remain not only in water but also on land. The most well-known these turtles:

The marsh turtle lives throughout Central and southern Europe, the Mediterranean and North Africa. Found in Russia regions North Caucasus and the Crimea. She prefers small rivers and quiet lakes, backwaters with muddy bottoms where it can burrow for the winter. This heat-loving animal that winters in ice-free waters. In southern Europe and North Africa reptile remains active throughout the year. 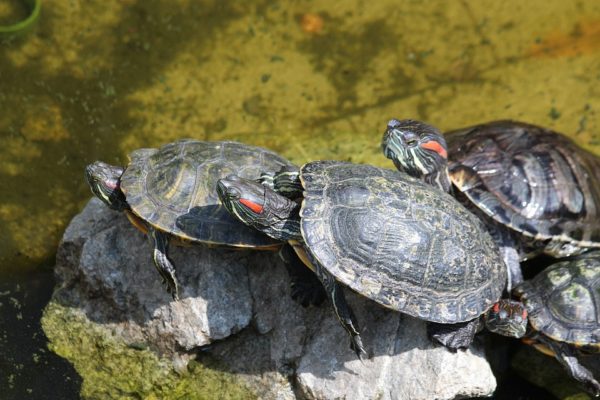 Pond slider turtles are found in nature in North and South America:

Snapping the species lives in the United States and along the southern borders of Canada, and the rest of the country, this reptile is not found. The painted turtle lives in the same region.

A sea turtle lives in the salty waters of the oceans in the coastal zone and the open sea. This family has several species, including the turtle:

- The main habitat – tropical seas surrounding the continents and some Islands. Mainly sea turtles live in open, warm currents or coastal waters. Most of my life, they, like the freshwater varieties, is carried out in water. However, come ashore every year to lay eggs on wild sandy beaches. 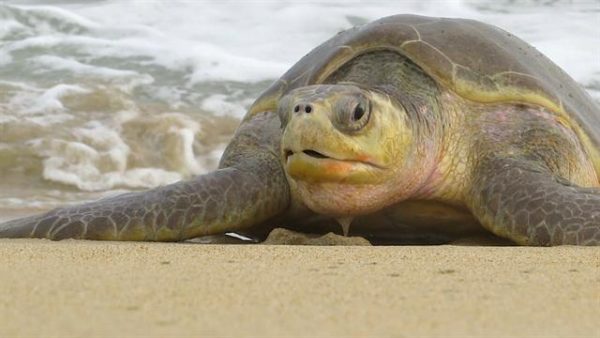 The green sea turtle (also referred to as soup) lives in the tropics and subtropics in the seas of the Pacific and Atlantic oceans. This is a very large species – in length species reaches 1.5 m and mass up to 500 kg. Because habitat for this sea turtle is often overlap with human settlements, it is organized hunting with the aim of obtaining meat. Therefore, in recent years hunting this species is prohibited in almost all countries.

Turtles are found in most natural areas except tundra and taiga. In the foothills they meet at a height of 1-1,5 km away, in the depths of the ocean almost common. They prefer to stay closer to the surface in order to constantly have access to the air. Since this heat-loving reptiles, the main factor limiting their distribution is temperature. So in the harsh climate of Russia and other Northern countries, they often can be found only in captivity.

Where there are turtles in the nature
Please rate the article

What turtles live and thrive in Russia

What turtles eat in the wild

The red-eared terrapins in nature

Turtles listed in the Red book

The smallest land and sea turtles in the world

Homeland and origin of the red-eared terrapins