Turtles belong to the oldest animals in the world — all over the planet there are about three hundred species of these unusual reptiles.Currently the species is on the brink of extinction and listed in the Red book, so its representatives are not found in pet stores. This tortoise has the following features:

Central Asians unpretentious, rarely get sick, are intelligence and interesting behavior when kept indoors rarely hibernate. Such features have made these reptiles are very popular Pets.

INTERESTING: Soviet Central Asian tortoise managed to get in space — in 1968, the research unit "Probe 5" with two members of the species on Board rounded the moon and then successfully returned to Earth. Both turtles were still alive, only lost 10% of body weight. 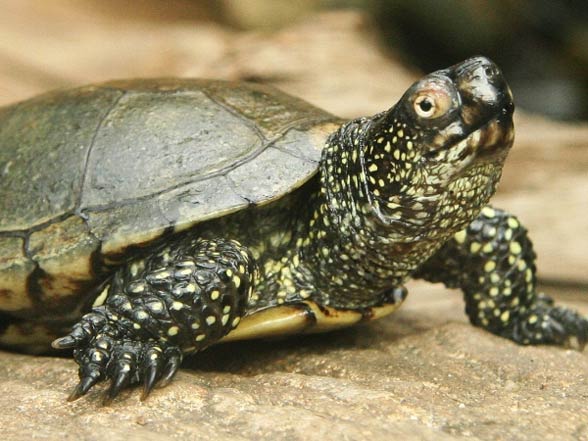 In addition to land, on the territory of Russia live water turtles. The most common species is the bog turtle, the area of its habitat — regions of the Central strip, characterized by a temperate continental climate. These reptiles prefer to live on the banks of ponds, lakes and marshes, as a result got its name. The following animal signs:

These turtles are difficult to spot — when approaching them, individuals just dive in and hide under the silt. They winter in a state of hibernation at the bottom of the reservoir, and Wake up in the spring when the water warms up to 5-10 degrees.

IMPORTANT: in Recent years there has been a reduction in the number of species in the world, which also contributes to the rapid spread of more aggressive omnivorous trachemys turtles. 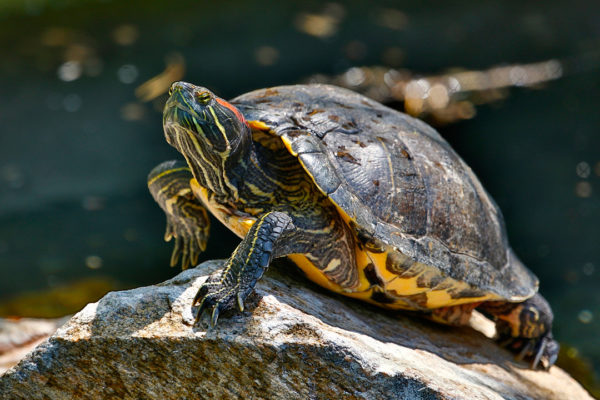 Home to these reptiles is America, where the species is widespread as Pets due to their beauty and simplicity. American fashion has spread around the world, and gradually the red-eared terrapins became part of the natural fauna of the country with a fairly mild climate. This was due to the fact that many careless owners let loose the boring grown-up Pets. These reptiles are distinguished by the following characteristics:

In our country trachemys turtles also brought as exotic Pets. All collisions with this species in the nature of Russia until recently was also considered to be random and treated released into the wild to domestic animals. But increasingly, the record of wild reptiles and their populations first, so it can be argued that the red-eared terrapins are found in southern European regions of our country.

Video: marsh and pond slider turtle in the water bodies of Moscow 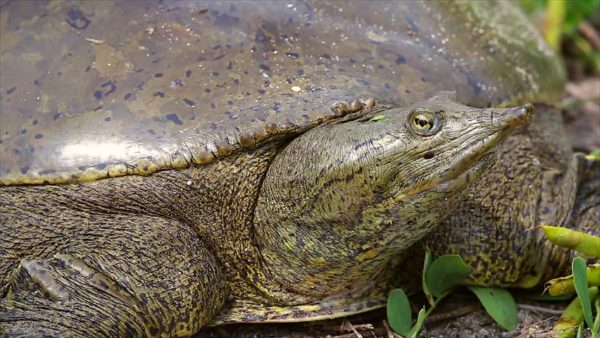 Least likely to be seen in our country far Eastern turtle or a Softshell (aka Chinese) — the number of species is so small that it is recognized as on the verge of extinction. This animal has an unusual appearance:

Live on the banks of shallow freshwater water bodies with low flow, most of the time spend under water.

The feature of the structure of the nose allows them to display it above the surface and breathe the air, without revealing its presence. In Russia, the Softshell can be seen on the South of the Far East, the main habitats of the Amur and Khanka areas.

The Russian tortoise is officially limited to four types — but sometimes you can find marine reptile that swam outside the territory of their native habitat. On the Black sea coast can also be seen relative to the Central Asian turtles of the Mediterranean, a land form that is on the verge of extinction. 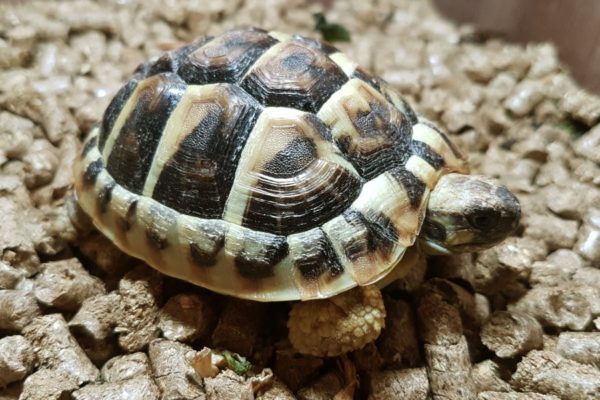 In the territories close to the Caucasus meets the Caspian turtle is undemanding animal has gained popularity as an interesting pet. 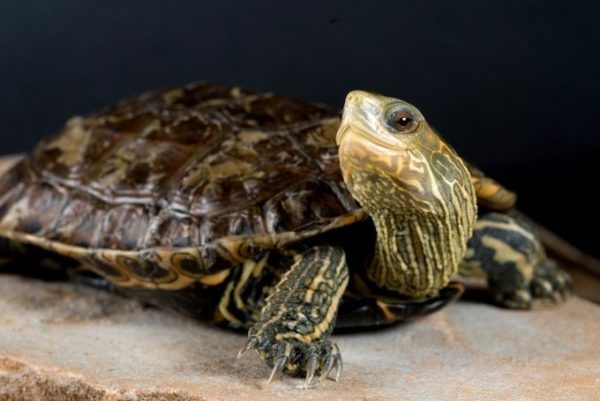 What turtles live and thrive in Russia
Please rate the article

Where there are turtles in the nature

Turtles listed in the Red book

What turtles eat in the wild

The smallest land and sea turtles in the world

The red-eared terrapins in nature

Homeland and origin of the red-eared terrapins