The famous are not only people, but animals.In the UK in 1835, her, and two individuals of the same species brought Charles Darwin himself. Then the turtles were the size of plates. Offhand they were given five or six years. That famous bug, which will be discussed further, I called Harry because he considered her a male. 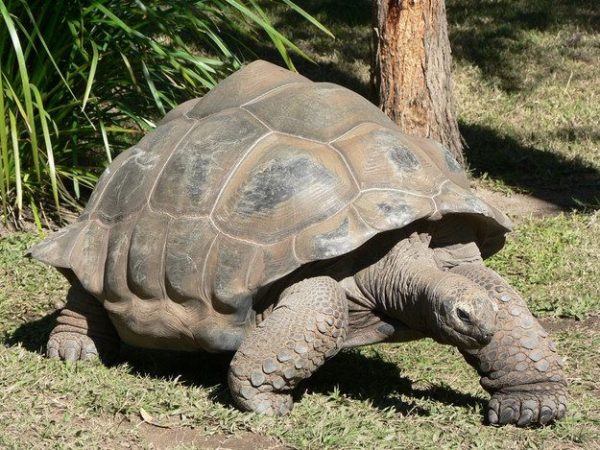 However, in 1841, all three individuals were transported to Australia, where they were identified in the city Botanic gardens Brisbane. There reptiles lived for 111 years.

After the closure of the Brisbane Botanical gardens reptiles released into the protected zone of the coast of Australia. It happened in 1952.

And after 8 years, after that the turtle Charles Darwin in the reserve, met the Director of the Hawaiian zoo. And here it was revealed that Harry does not even Harry and Henrietta.

Very soon after, the Henrietta moved at Australia zoo. Two of its relatives found in the reserve and failed.

And is this Harietta, which brought Darwin himself?

This is where opinions diverge. Documents turtles Darwin Gariety was safely lost in the twenties. People who are great scientist personally handed in the hands of the turtles (and it was, remember, already in 1835!), already departed to the other world and confirm that nothing had the opportunity. 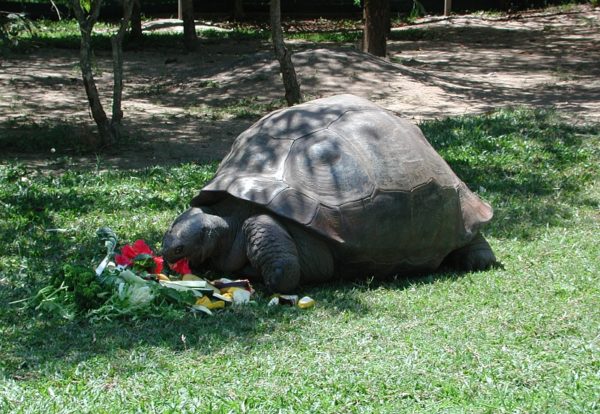 However, the question of the age of gigantic reptiles was of concern for many. Therefore, in 1992, was still produced genetic analysis Variety. The result was stunning!

But! On the island, where inhabited by members of the subspecies to which it belongs, Harietta, Darwin never was.

So in this story, much is unclear:

After the DNA has decided to take as a starting point for the age of Arietty 1930. I even calculated the approximate date of her birth – unbecoming a celebrity to be without a birthday. Henrietta pleasure to dine in honor of its 175th anniversary, pink cake, made from hibiscus flowers. 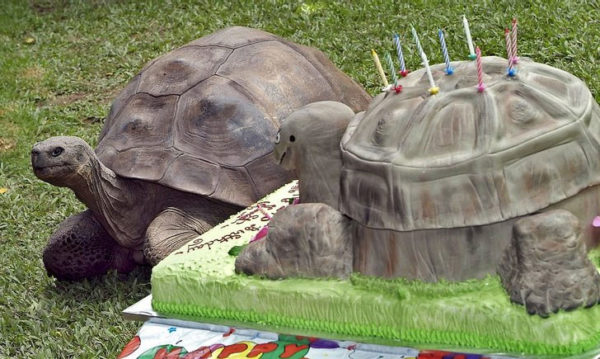 The statue by the time "a little bit" grown up: from turtle the size of a plate it has turned into a real giganto a little less round dining table. And weigh Harietta became half ton.

This statement means that if it is not a disease of the ivory turtle, she could live longer than 175 years. But how many years exactly? We do not know yet.

Who is slower: a turtle or a snail?

The fastest turtle in the world

Amazing and interesting facts about the marine and land turtles

The oldest turtle in the world

The largest land and sea turtles in the world