If a pet carapace became soft is a disturbing symptom of various diseases exotic animal, which can significantly shorten the lifetime of the turtle or be the cause of his death.The inner part of the shell is formed of bony plates, United with a skeleton and tendon ligaments.

All types of turtles need to be whole and solid, without holes and stains. Soft protective pads are an age characteristic of the young individuals before they reach 12 months of age. Exactly after a year of the deposition of calcium salts in bony plates forming a protective "armor" and their solidification. So if reptiles over the years there has been a softening of the shell, you must immediately contact the doctor.

The main causes of soft shell turtles are the following pathology:

The diseases lead to disruption of the absorption reptile calcium salts that in the early stages is manifested by the softening and deformation of the shell. 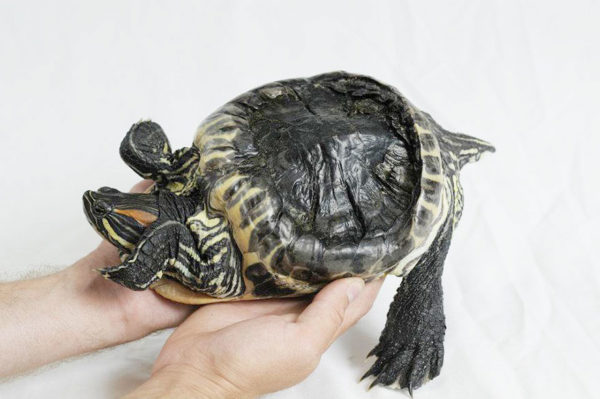 With the progression of disease in reptiles, there are broken limbs, edema, swelling of the eyes, prolapse of the cloaca deformity of the beak, and shallow breathing. Pond slider turtle can not get out on the land because of the refusal of the hind limbs. In severe cases, if untreated, develop systemic complications, leading to extensive hemorrhage, heart failure, pulmonary edema and death of the animal. 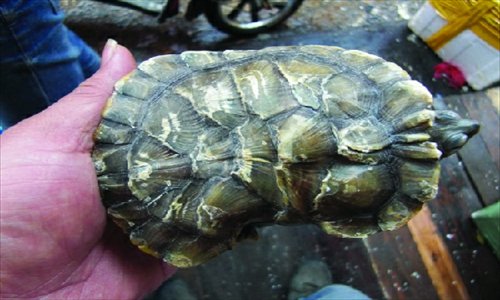 The main causes of density changes of the dorsal shield in aquatic turtles is an unbalanced diet, lack of calcium in the diet and the absence of a source of ultraviolet light. Vitamin D is necessary for proper absorption of calcium by the body exotic animal, produced when hit by the ultraviolet rays on the skin of a pet. The lack of direct sunlight or a UV lamp, turtles, even with a balanced diet invariably leads to the development of rickets. 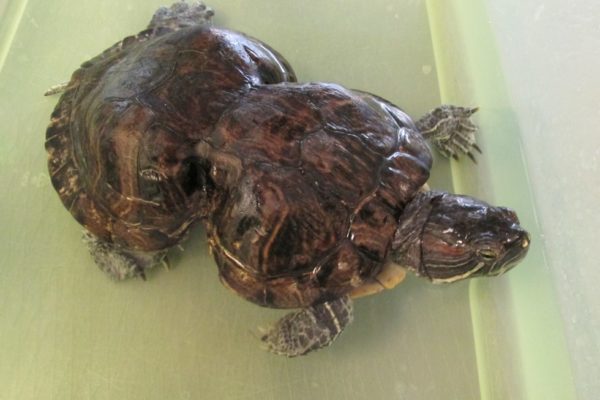 What to do if your slider turtles shell became soft? To strengthen the shell of aquatic turtles, you can use the following:

Tortoises need more amount of vitamins for normal growth and activity compared to the aqueous species. With proper feeding and the presence of the source of UV irradiation at pond slider turtles practically does not develop rickets as vital trace elements pet gets from food. The owners of the Central Asian turtles usually feed only on plant food, which with a shortage of vitamin D inevitably leads to rickets. 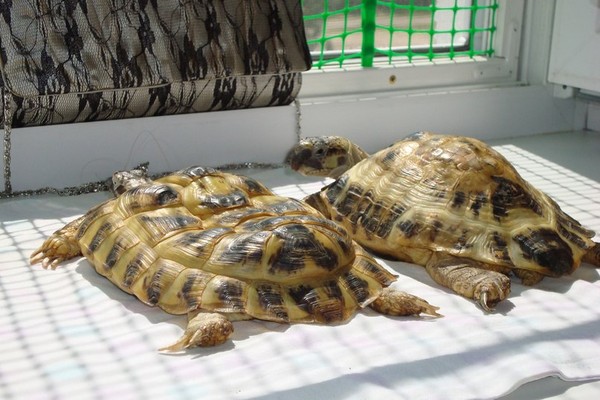 The rickets in tortoises is manifested by softening and deformity of the dorsal shield, the carapace can take saddle or dome-shaped, bony plates start to lean on each other, hill and bend up. 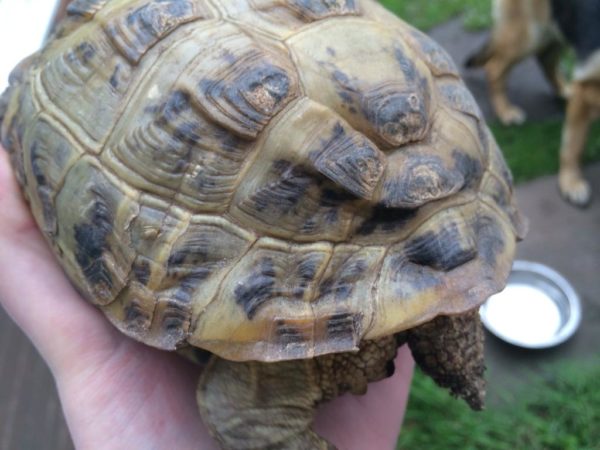 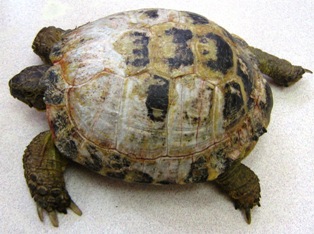 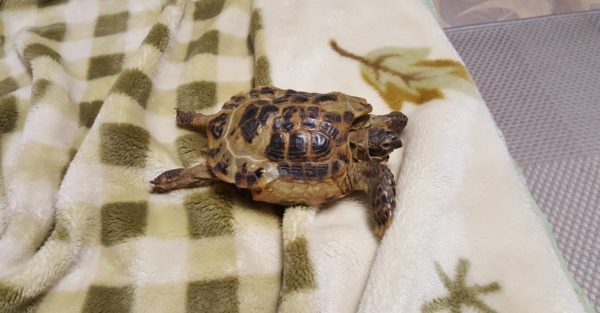 The progression of disease leads to a pronounced swelling of the neck, limbs and eyes, pet can't draw paws and head in the shell. Feed refusal due to the deformation of the upper jaw, which becomes like a beak. 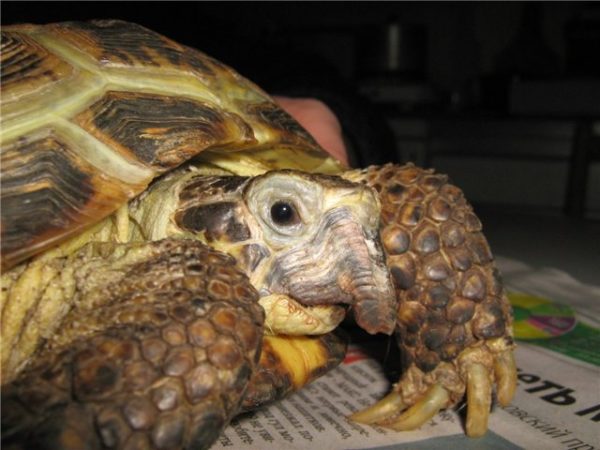 The lack of treatment leads to broken limbs, diseases of the kidneys and the digestive tract, pulmonary edema and death.

What to do if tortoises softened shell? The situation can be corrected only at the initial stages of the disease the following measures:

If in addition the deformation of shells of land and water turtles swelling of the neck, change the eye, failure of the hind limbs and shortness of breath, the animal does not eat and sleeps a lot, you must immediately contact a specialist, otherwise, the pet may die.

For the treatment of severe rickets animal will need a calcium injection, antibiotic, vitamin and immunomoduliruta drugs. Appoint experts to the exotic patient daily irradiation with ultraviolet lamp and anti-inflammatory bath in the decoction of medicinal herbs. An important component of the therapy of rickets is a balanced feeding pet.

Rickets is long enough to be treated from 2 weeks up to six months, in severe cases to save the animal fails. If from a young age bug is contained in the optimal comfortable environment with proper nutrition, it often does not occur to health problems and change shell.

White patches on the shell turtles and tortoises

How to treat fungus and fungal infection from turtles and tortoises

The turtle swims on one side, backwards or belly up: causes and treatment

What vitamins you need to give the turtles at home

The symptoms and treatment of eye diseases in turtles trachemys

How to treat rickets in turtles

How to identify and treat pneumonia in turtles