Often people think about the right content hamsters only after their acquisition.However, the most common misconception is the idea that the pet is bored to live alone. Enthusiastic owners are trying together to keep animals of different species, in pairs and even groups. The result is a natural and often sad: cute animals start to fiercely fight and you may die.

The reason for this behavior is simple. Hamsters are solitary and territorial animals in nature groups will never live. If the territory of a rodent invaded the intruder, the animals will fight to escape an opponent or killing the weaker individuals. In terms of domestic content Pets follow their natural instincts. The problem is compounded by the fact that two hamsters in one cage can't leave. So clashes will not end the tragedy can not be avoided. 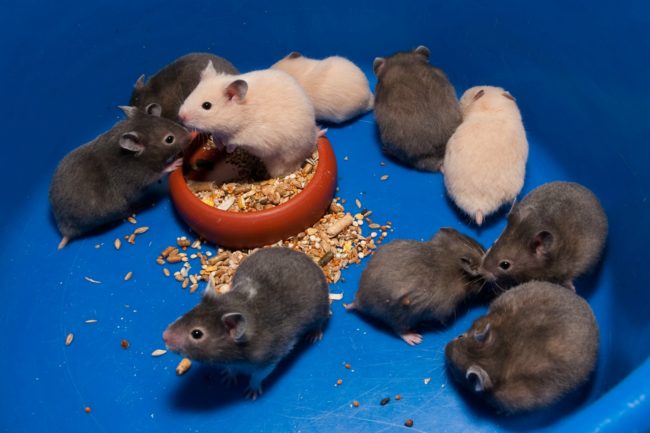 Often the owners report that they in the same cage get along well together two hamster a boy from a common family. Other customers argue that at the time of purchase at the pet store saw how calmly sit two Jungaria in the same cell. Due to the peaceful behavior of individuals solely by age.

When animals grow up and enter the time of puberty, they begin to divide the territory.

Family feeling unknown to them. For this reason, you should seat the young mother when they reach the age of one month. It needs to be able to determine the sex of a hamster.

Can hamsters live together if they are different sexes

Hamsters are rodents with underdeveloped social ties. In the natural habitat of these animals do not live in families and do not grow young together. So fresh the contents of the male and female also undesirable.

The question may arise about breeding Pets when they live apart. Should do the same, as in their natural habitat. Experienced Hematology driving animals together only for a short period of pairing, the rest of the time, providing separate prebyvanie boys and girls. Read more about breeding, you learn from the articles about breeding Djungarian and Syrian hamsters breeding.

Syrian and Djungarian hamsters in the same cage

This option for the content is also not suitable for the same reason, quarrelsome these rodents, regardless of the breed of.

Djungarian hamsters are the most aggressive members among the domestic breeds. Two Jungaria in together can have violent clashes. Some time to live peacefully together only same-sex individuals from the General litter, if they were never deposited and were not separated. But to give the animals a separate housing anyway, with age, the animals will divide the territory.

Syrian representatives, though more manual and good-natured, but they are also not suited to group living.

Two Syrian hamster will often quarrel among themselves not less than Jungaria.

Roborovskogo hamsters in the same cage

Of all domesticated hamsters just hamsters Roborovskogo live in families of up to ten individuals. So if you want to have hamsters not only as Pets but also to watch their life, the hamsters Roborovskogo sure can do the trick. Especially if you can put them in terrariums, where you will be able to appreciate these nimble, active, and funny animals.

One cage for two hamsters 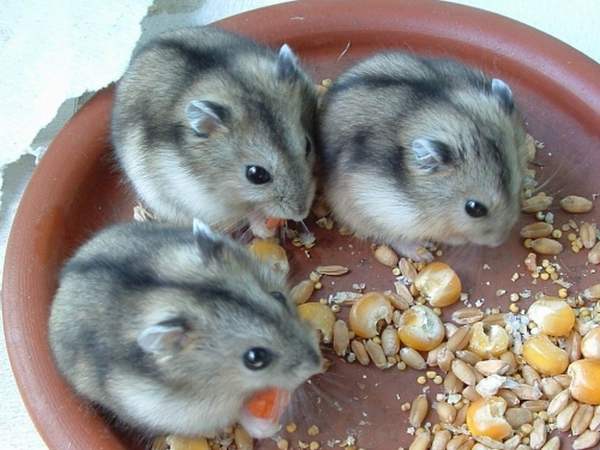 Sometimes owners try to solve the problem of cohabitation of two hamsters, arranging a partition in the cage. The reason may be either the absence of the second cell, or a misguided desire to make friends with two animals. It can also be fraught with serious injuries of Pets, such as bitten off legs and cut up noses. We should not forget that these animals prefer the night activity. And if the owner of the day sees peaceful coexistence of Pets, there is no guarantee that the next morning it won't detect a very unpleasant surprise.

Can a hamster live alone

Correct answer: can not, and should. The content of these single member of the rodent family is the natural and best condition of his happy stay, as in nature and in our homes. Your players don't need relationships with their own kind, so a separate life Pets will be relaxed and as long as possible.

The weight and size of hamsters of different breeds

Cheeks the hamster: why hamster stuffing his mouth, the role of cheek pouches