It is believed that every person since the childhood know, it looks like a hamster.A hamster can grow up to 5 cm, and it happens that the magnitude of the body of this rodent reaches 34 cm the Tail can be 0.7 cm, and in some species reaches 10 cm.

Hamster – compact, small, mobile animal, covered with hair. In the wild has a color that allows it to blend with the terrain. At home the same hamsters to observe the variety of colors.

The head of the hamsters are not too large relative to the entire body. Form rounded, narrowed at the muzzle to the nose. The ears are usually not too large. Only field hamster has large ears. It's easy to explain, the hamster needs to catch every rustle, to avoid colliding with the predator. Hence, the large auricle. 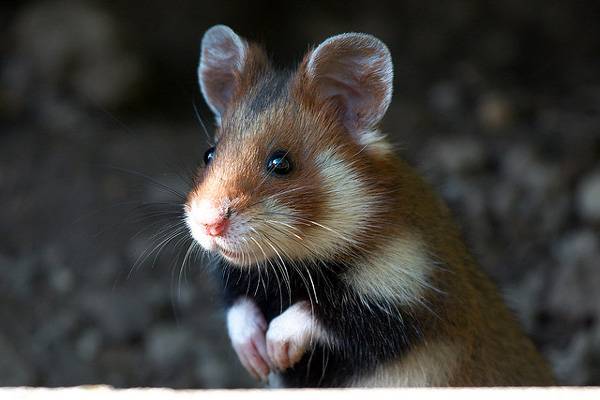 In addition to the sound of the approaching enemy creature will try to catch and ultrasounds and squeaks of their relatives.

Sides of the head has a pair of black, round eyes. This arrangement gives the rodent a more extensive review. Conveni hamsters have particularly large eyes, and darker fur around the eyes makes them even more. In the remaining species the eyes are not too large. Great size not too needed this little animal, because the eye he was not very hopeful, since the eyesight of hamsters are weak.

The muzzle ends in a little nose around which there are long whiskers. The nose and mustache (and good hearing) to the animal compensate for poor eyesight.

In the mouth of a hamster is 16 tooth. The front 4 incisors and 12 molars. Like all rodents, the teeth of these animals grow continuously, so they constantly grind hamster, that is, it is always something biting. Interestingly, strong teeth are covered with enamel only on the front side and the inner side it is almost there.

What hamster muzzle well you can see in the picture below. 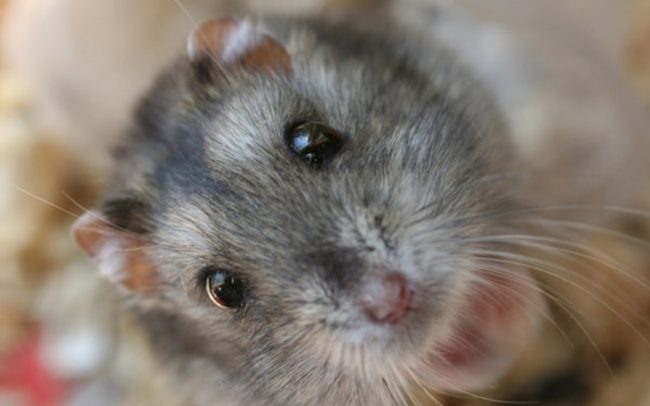 This is hamster talk details.

The value of cheek bags can reach the size of the entire head, and sometimes more. This natural "adaptation" is necessary for the rodent to drag their stocks into her hole. Drag and drop fails a lot, because these cheek pockets are from the lips to the shoulders of the animal. It is estimated that in the year of the hamster drags to his burrow to 90 kg of supplies.
In the hole frees the hamster cheeks, pressing down on them legs.

In order to frighten the enemy animals puffed out his cheeks, hamsters look more voluminous. 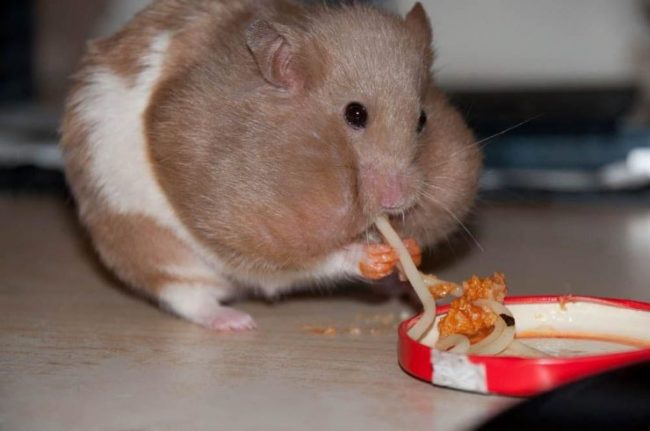 When swimming, the animal does the same. He puffs out his cheeks, and dialed the air holds the body of a hamster on the surface, not allowing them to drown.

Since the rodent can carry in his mouth whatever he gets, sometimes the shape of the cheeks looks asymmetrical, and even of the cheeks bristle angles. Sharp objects should be avoided to the hamster didn't get hurt.

The structure of the body

The weight of a hamsteras big as his body, can range from 7 g to 700 g. there are individuals and more severe. In most species a male and female do not differ in magnitude, only in some species, the female slightly larger.

Body hamsters dense, short, has a rounded shape and are covered with soft, thick coat.

Coat color can be:

In addition to the main painting, which is located on the back and sides, the hair on the abdomen can be either very light (creamy, yellowish, white), or, on the contrary, darker than the back, for example, black. The tail of the hamster, most often, small. But there are types (chrysopidae hamsters), the tail is pretty long and all naked. There are others, whose tails are long and bushy, like a squirrel. The tail can be one color, and can be on the upper side is dark and the bottom white (field weight). 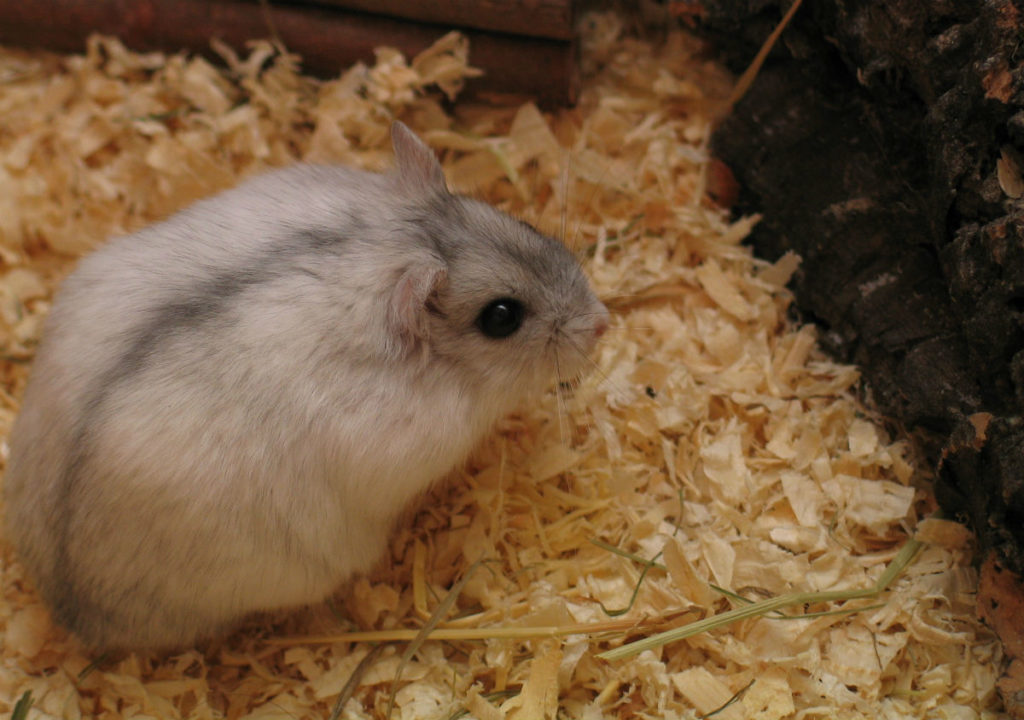 Paws of hamsters of different size front and rear. Front legs are smaller, but well developed, strong, with their help, the nature of animal burrows. Hind legs a little more. They are not adapted to digging, they only drop from the den of unnecessary land and keep the body of the animal in an upright position. On the feet the hamster has 5 fingers. On hind legs, all the fingers are well developed on the front of the fifth finger is underdeveloped.

Mustache in hamsters is the primary means of protection, helping to navigate the terrain. Rodents vibrissae provide the ability to detect the presence of objects near the muzzle and measure their sizes. Animals have low vision, therefore, prevents possible shocks and collisions with objects on the way.

Also a kind of "on" allows the hamsters to check the width of the hole. "Feeling" the edges of the stroke animals to assess its permeability.

It is important to love a pet, no matter what he looks possessed. If you do not get to love, let him be wise enough not to harm them.

Video: what are hamsters

How many years of living Syrian hamsters

Get along if two hamsters in the same cage, is it right to keep the hamsters alone?