The body length of the animal ranges from 9 to 13 cm.Underparts always bright, pale yellow. Ears small, rounded, bright fringe is missing. Paws are covered with hair to distinct callus. Black eyes and cheek pouches of rodents are relatively large in size. 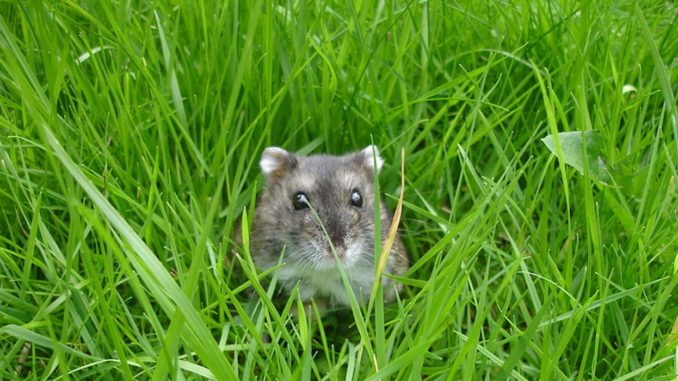 Occurs most frequently settles in the plains and mountain steppes, semi-deserts, but sometimes chooses habitats and agricultural landscape type field. On the territory of Russia to the habitat includes the South of the European part of the country, the South of Western Siberia and the Caucasus.

Dwarf hamster leads nocturnal, sometimes active during the day. In search of food he has to move a lot, but he rarely departs from home over long distances. This is typically of 200-300 meters. However, empirically found that even at a distance of 700 metres from the dwelling, the grey hamster will easily find the way home.

Nora rodent digs rarely, preferring to occupy abandoned dwellings, moles, mice, rats or gophers. Sometimes found in natural shelters (cavities in rocks or deposits of stones). Otherwise, he makes a hole, going down at an angle of 30-40 cm in addition to the nesting-chamber in the burrow there is always more and the storage for fodder – barn. 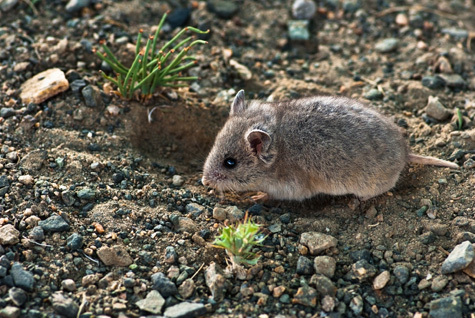 In the cold season the animal may go into shallow hibernation (mostly it is typical for hamsters that live in the North or in mountainous areas), but often it is noticed at the surface and at low temperatures.

Grey hamsters breed from April to September, during this period, increasing daily activity of animals. The pregnancy lasts 15 to 20 days, and during the season the female can bear 3 litters of 5-10 young in each. Young settles in under 4 weeks.

The number affects the amount of precipitation during the breeding season: it increases in dry years, but still remains relatively low. Grey hamster prefers privacy, large concentrations of individuals of this species are formed very rarely. Natural enemies are birds of prey (Harrier, owl) and mammals (Fox, squirrel, ermine). Also, the number can influence the use of pesticides and inorganic fertilizers.

Measures protection of the species

The habitat of the animals is very wide, however, the population of animals are not numerous. If a century ago the animal was very common in the desert, it is now extremely rare. Accurate data on the number there.

The conditions of detention 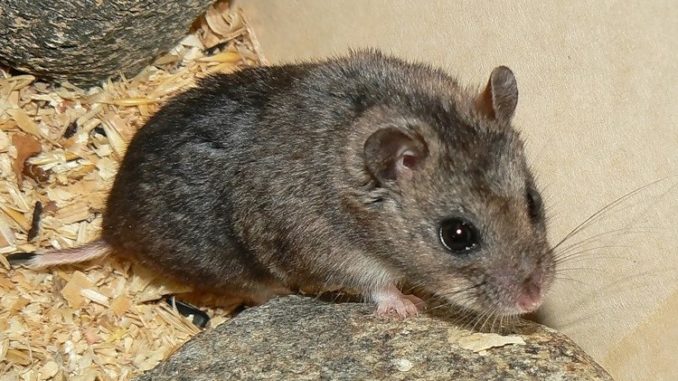 In captivity, the breed is easy, the conditions do not differ from recommendations for the Golden hamster. Despite the fact that in nature the dwarf hamster eats a variety of seeds and animal feed at home is better to give preference prepared feed mixtures for rodents. This will ensure a balanced diet. The spacious cage must be installed for running wheel, drinking bottle and a small house. The animal gradually becomes accustomed to its owner, begins to discover his hands and face. In rare cases, a dwarf hamster is even able to remember his name and to come when called. This charming big-eyed animal can be a pet for the whole family if to satisfy his modest needs and to pay a little attention and care.

The colors of Syrian hamsters