For some people breeding hamsters – business.The fertility of these rodents entered the legend. At home small animals bring a lot of children all year round, and the young reaches sexual maturity in a month. 1.5 month age homechat will go to the new owner.

The female can get pregnant in the first day after birth. Given how often breed hamsters, should find a market. 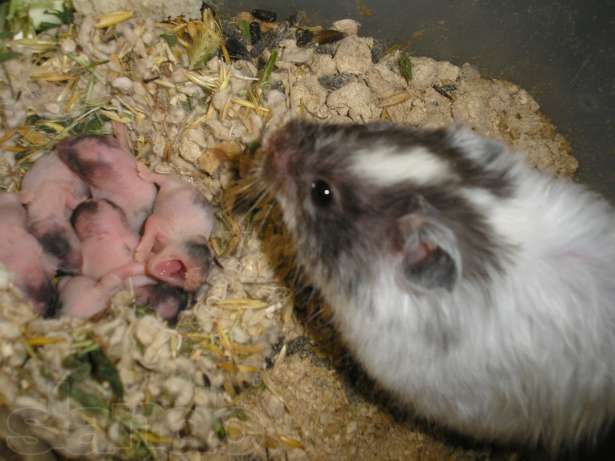 How to breed hamsters at home

Breeding hamsters at home is not as profitable as you think. For responsible approach, the process is costly.

If the owner wants to receive regular litter, acquire one male and two females. They all are in different cells, prepare the cells for additional seated calves.

Select the manufacturers of different pet stores or in the nursery to avoid closely related.

It is unacceptable to mix different types: Djungarian hamsters with the Campbell. Mating brother and sister is also undesirable, turn unviable offspring.

When hamsters begin to mate

These prolific rodents are able to get pregnant at the age of 1-1,5 months, sometimes the male hamsters begin to multiply with 3 weeks. To prevent mating of the animals until the end of active growth and formation of the skeleton. The young Djungarian can be complications of pregnancy and childbirth, they often devour the offspring.

Knowing what age do hamsters start mating, the breeder should have time to plant out young sex in different cells.

The optimal period for first litter – 4 to 6 months. Second pairing – 8-10 month (for females). Small animal allowed to recover after childbirth for at least 2 months, but preferably 3-4 months.

Hamsters breed to 1-1. 5 years, after which the female loses the ability to give birth.

Males retain reproductive capacity life, and to reduce them as early as the 5 weeks. But often the binding is also undesirable, as it drains the manufacturer, and many females do not become pregnant after mating.

How to mate hamsters

Hamsters mate a few times with small breaks. The whole process takes 20-30 minutes, and sometimes the animals enough and 5 mins Longer than 45 minutes to keep a couple in a cage is not necessary: if the female is not allowed to make SADC, mating is delayed.

When the yoke is ready to breed, she is standing still, spreading hind legs and his tail.

Pairing hamsters can be difficult, if the male partner is younger and inexperienced. But if you choose the right time, the fight may end with copulation. Hamsters do not always get pregnant after the first mating. If a female 3-5 days came in heat, driving her again.

Mating hamsters is a short process, but sometimes energetic frictions weakens the animal, and the male lies motionless for some time. 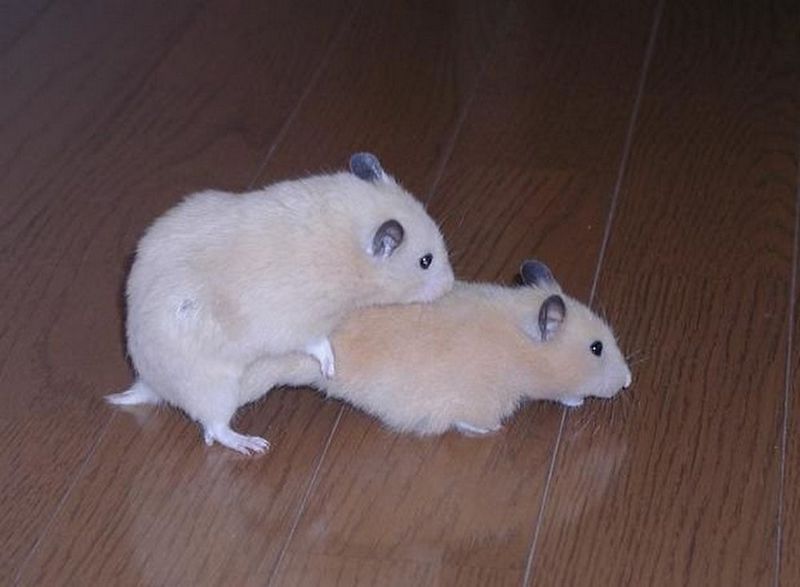 How to make hamsters

To keep hamsters of Djungarian and Syrians better on neutral territory, carrying or a simple cardboard box. No need to defend your cell reduces the likelihood of aggression, animals are easier to seat (no need to catch), you can quickly obtain, if you see that they fight.

In the absence of the female carrying the cage to the male, but never Vice versa. Taking into account night life mating is carried out late in the evening.

Syrian hamsters cannot be left unattended. So you make sure that the pairing of the Syrians took place, and injuries. Dzungar is also better to seat after they cease to pay attention to each other.

It is sometimes recommended to move the cage for a few days to acquaint a boy and a girl. Others let the animals run together in a bowls. It is not necessary to humanize furry Pets, turning them into a romantic date.

The main condition – that the female was in heat. Then she will allow the male to mate with her.

Estrus in the hamster

The time to determine what homyachihi begins a period of hunting, it is very important for successful mating. Otherwise, the animals will seriously damage each other in a fight. Estrus in hamsters happens every 4-5 days, lasts for hours and sometimes less. Sometimes the owners wonder, do hamsters month. Their reproductive cycle is fundamentally different from human, but the mucus is accompanied by heat.

Signs of heat in the hamster:

Symptoms of sexual inclination clearly visible from the Syrian individuals, but the owners of dwarf rodents sometimes doubt whether there is a hamster in heat. From Djungarian females to determine the heat of reaction from my partner.

Heat may disappear in older animals (1.5 years and older) or adverse conditions (low temperature in the room, not enough food). 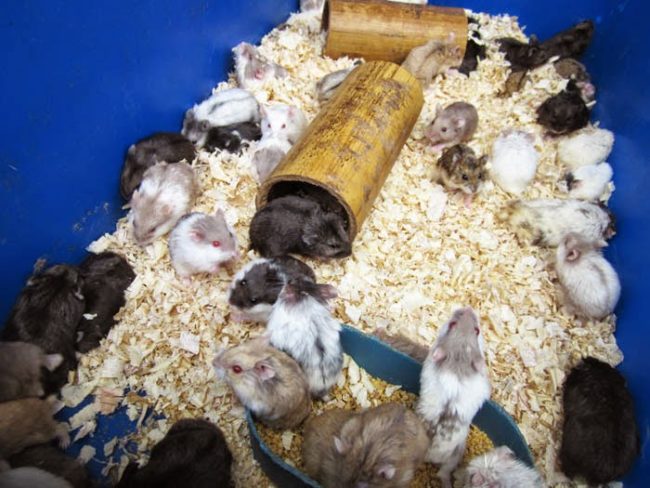 Why hamsters do not breed

If in the case of joint custody or regular "dates" animals have not got the offspring, this is usually a more reasonable explanation than "didn't like each other".

Even if the seller assured you that it is a boy and a girl, it is necessary to carefully inspect the perineum and to determine the sex of rodents. Often find that make the children demanded of the two males, or two females.

Overweight is a common problem Djungarian hamsters. Adipose tissue affects hormone levels and the female can not get pregnant. Check the dwarf pet, just thick when the animal sits, legs tucked under the folds, the belly touches the floor when walking.

If the hamster suffered a serious infection (pneumonia, enteritis), then for a long time, the body will not be able to reproduce. Offspring do not get is if a couple lives in conditions of constant stress: the sounds of TV, draughts and sunlight, close cell, annoying the cat.

Is it possible to neuter a hamster

Hamsters are solitary animals and often the heat does not bother neither the female nor the owner. In connection with the small size and poor tolerance of anesthesia, the sterilization of the rodents is extremely rare.

If the owner considers the operation necessary, you need to know in a veterinary clinic, castrated hamsters do their surgeons.

Hamsters – ferrets don't usually state of sexual hunting until they mate or die. For freak developed chemical sterilization hormones (Suprelorin). For hamsters of this drug. Castrate these animals only for medical reasons: a tumor of the testicles, pyometra.

Breeding hamsters is not a complicated business, but the owner need to study biology of these animals.